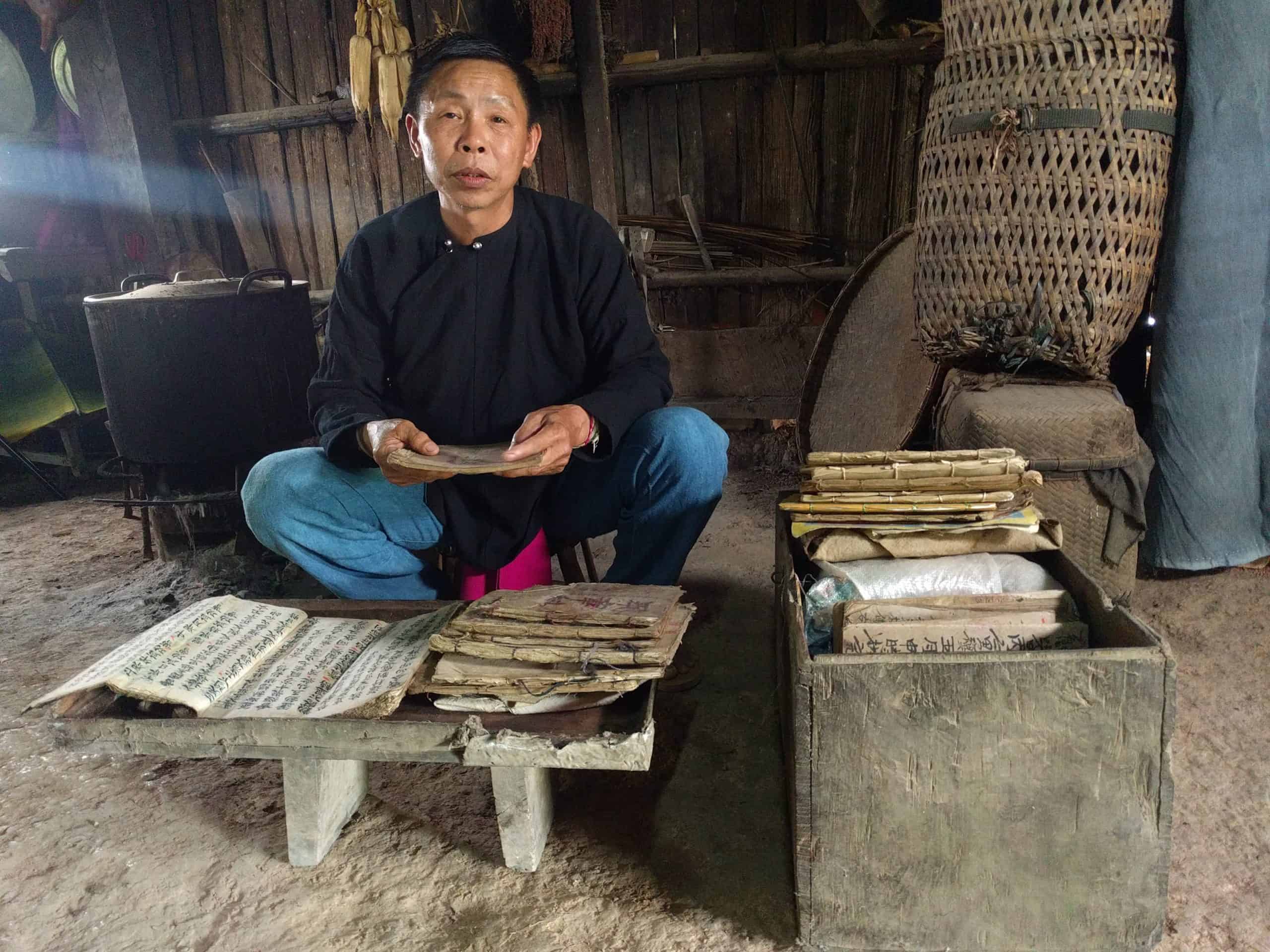 The Lanten manuscripts contain the information enabling the Lanten masters and priests to engage Daoist deities in the rituals that reproduce the Lanten society in North Laos. These manuscripts constitute a corpus of ritual and non–ritual texts written in Chinese script and produced from 1750 onwards with major peaks of production in the 1820s, 1860s and 1900s.

The writing support material is mulberry and bamboo paper. The production of mulberry paper was interrupted at the early beginning of the Lao Civil War (1953-1975) and never recovered; bamboo is ubiquitous in forest and riverbanks in Northern Laos and thus, for the Lanten, bamboo paper, which has various other ritual uses, became the support material par excellence.

The writing substance in the older extant manuscripts is black ink made of soot and pig’s gall produced locally –  Chinese inksticks are available widely in the region; newer texts are written with industrial ink. Red ink can be found in the marking that denotes the start of ritual parts and the names of the deities, and in imprinting with imperial seals. The binding format is codex.

The research on the manuscripts carried out by Joseba Estevez revealed an unusually large number of ritual experts and of ritual manuscripts in Laos given the relatively small Lanten population of 10,000 in all Laos. The research also exposed the endangered status of this invaluable corpus of  manuscripts which prompted the urgent task of preserving, by means of digitizing, this unique cultural heritage.

A Digital Library of the Lanten Textual Heritage

During the Laotian Civil War, entire collections of manuscripts were lost, and many ritual experts died. The post-war period generated a situation of uncertainty that forced many owners to sell their heirlooms, including manuscripts, to survive. Avid and unscrupulous collectors and tourists took this opportunity to buy Daoist paintings, silver jewellery, ritual artefacts, and manuscripts. Most of the European collections originated in the turmoil of the Laotian Civil War and the post-war period and the need of the Lanten and Iu Mien refugee communities in Thailand, Laos (recovering from the war), and Vietnam (recovering from its own war, known locally as the American [Vietnam] War 1953-1975). The status of the remaining manuscripts in Laos was certainly jeopardized.

The project to create a digital library of the Lanten textual heritage started in 2012 with the digitalisation of the complete collections of the principal informants associated with the research on the Lanten ritual experts. This material provided the necessary foundation to assess the significance of the Lanten manuscripts in Laos, and, therefore to initiate the urgent task of digitalising all the available Lanten manuscripts in the three provinces in which the research was taking place.

This consortium built upon the long and fruitful experience of the National Library of Laos in the digitalisation of Buddhist palm-leaf manuscripts. For more than 20 years, various collaborations between academic institutions in Germany and the NLL had resulted in the development of capabilities and facilities in Vientiane capital, making the NLL an ideal partner for this project.

The British Library’s Endangered Archives Programme (EAP), supported by Arcadia, provided the necessary funding and technical advice to carry out the project. This same institution had already assisted the NLL to preserve various invaluable collections in Laos (e.g. EAP086 and EAP691). It also enabled the preservation of another Yao collection in Yunnan (EAP550).

The digitalisation of the Lanten corpus took place in two different phases. In both phases, the engagement of the Lao government, the Yao Dao Project and local teams, and the Lanten community  achieved results that went far beyond the original scope of the project. Indeed, the final outcome tripled the originally envisioned number of digitised manuscripts.

The project EAP791 started officially in 2016 and ran until 2018. The project was directed in Laos by Joseba Estevez (Co-I), supervised by Josephus Platenkamp (PI), the director of the Institute of Ethnology (Uni-Münster), with the essential collaboration of David Palmer (Co-I) and the Yao Dao team at HKU, which includes Joseba Estevez as well. This Phase 1 of the project was successful in digitising a central corpus of 768 manuscripts in use, all belonging to complete private collections owned by Lanten ritual experts collaborating with the Yao Dao project.

The Phase 2 project EAP1126 operated from 2018 to 2020 with the same Yao Dao team (David Palmer and Joseba Estevez as Co-Is) supervised by Helene Basu (PI, new director of the Institute of Ethnology, Uni-Münster). This second phase completed the digitisation of the entire corpus by means of preserving almost every manuscript available in Laos (according to the selection criteria).

The Yao Dao Project has digitised and, therefore, preserved, more than 2120 manuscripts in Laos. The team in Laos worked in close cooperation with the owners of the manuscripts to digitise their texts and, thus,  make them available to the next generation.

Few Lanten ritual experts have the ability to reproduce the manuscripts in modern-day Laos. This task constitutes a ritual action that is time-consuming and requires both literacy in traditional Chinese (adapted to the Lanten understanding) and ritual expertise, which is fading in Laos. Furthermore, the most important ritual manuscripts can only be reproduced in specific months of the Lunar year (first, seven, ten), which adds extra complication to the process. The Lanten ritual experts are well aware of all these circumstances and collaborated eagerly to preserve and promote their heritage.

Joseba Estevez arranged the digitisation process following the Lanten traditional master-to-apprentice transmission of ritual knowledge: After meeting the owners to explain the project, their permission was requested to copy the material. The same rules that apply to the traditional reproduction of the manuscripts applied to the digitisation process. Note that all the ritual texts are considered to possess a will of their own; indeed, they are the embodiment of deities. Those manuscripts are dressed in ‘uniform’ (wrapped in cloth). All the manuscripts, as ritual objects, deserve special respect and homage while being handled. Since several of these manuscripts can be dated back to the 18th century, they constitute fragile historical records as well.

Various ritual experts collaborated with the team as consultants and also helped in the creation of the database, which includes short summaries of the contents and explanations of their ritual use.

The digitisation process was especially complex due to extreme weather conditions in northern Laos and the bad condition of the muddy roads leading to the villages.

Joseba Estevez designed a movable table and lighting system that enable both the easy transportation of the equipment and the quick substitution of damaged material. Poor electrical installations in the villages, prone to short circuits, circuit damage, and overloads, especially during the rainy season, invited plenty of occasions to test this design. Two Nikon cameras – D5300 and D5500 – were employed at the same time when manuscripts had to be digitised quickly. The Lanten manuscripts are comprised of living texts in ritual use, which are required in the ceremonies. The digitisation flow depended upon the ritual agenda of the owners and ritual experts and had peaks of productivity during the planting and harvesting seasons during which the manuscripts were barely employed.

The raw images were processed in Laos to avoid issues related to the corruption of files. Basic background information for the database was collected in situ. Once properly arranged, various copies of the data were produced to guarantee their safety.

The Yao Dao Project team at HKU took over the arduous task of completing the associated datasheet in close collaboration with our EAP-counterparts at the British Library. The complexity of dating the manuscripts and systematising their contents constituted another challenge.

In 2020, the Digital Library of the Lanten Textual Heritage was completed for good, enabling the Yao Dao Project team to focus on their research on the manuscripts in ritual use. 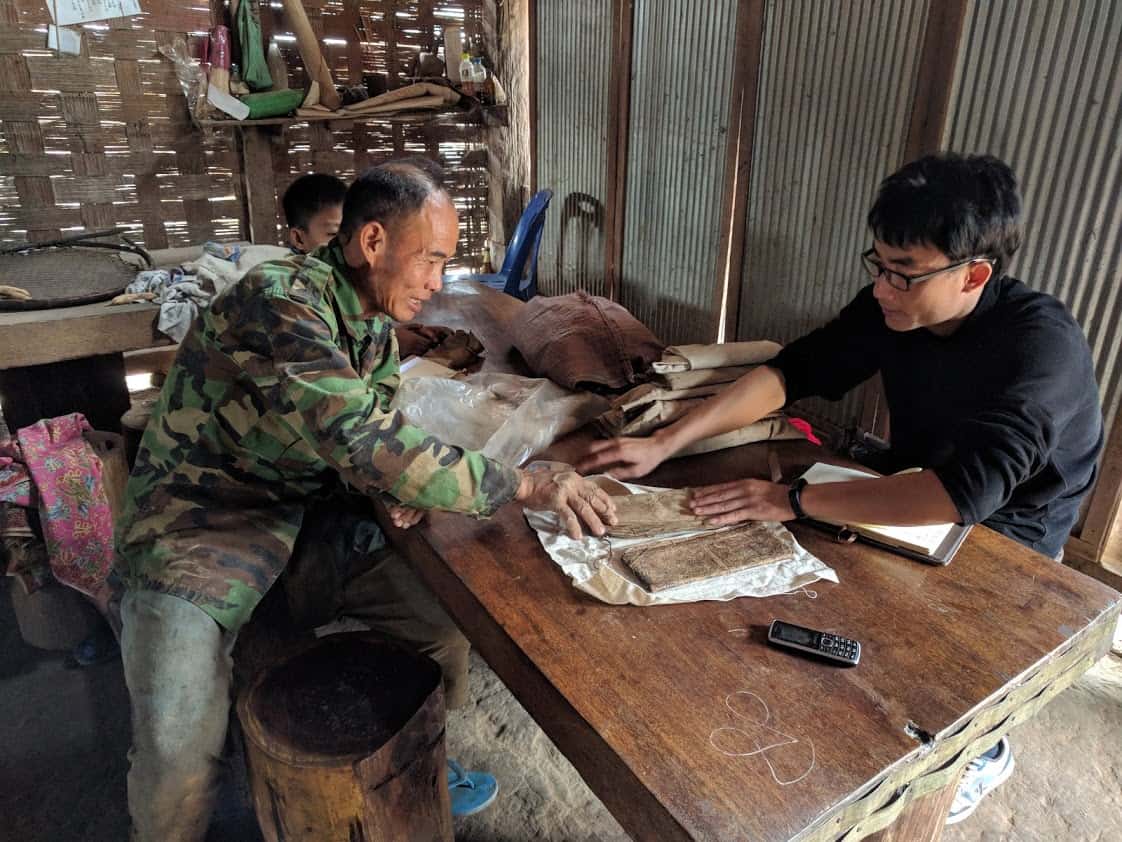 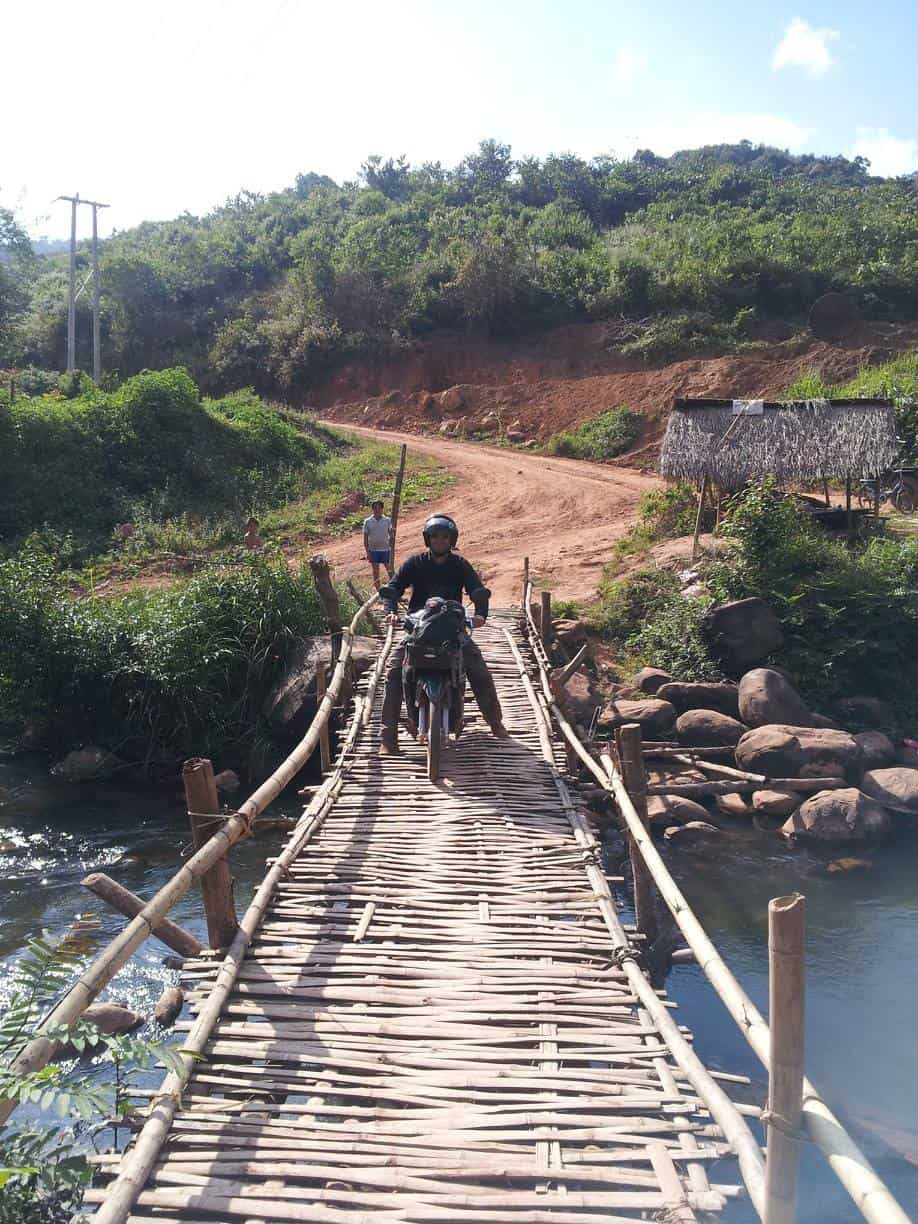 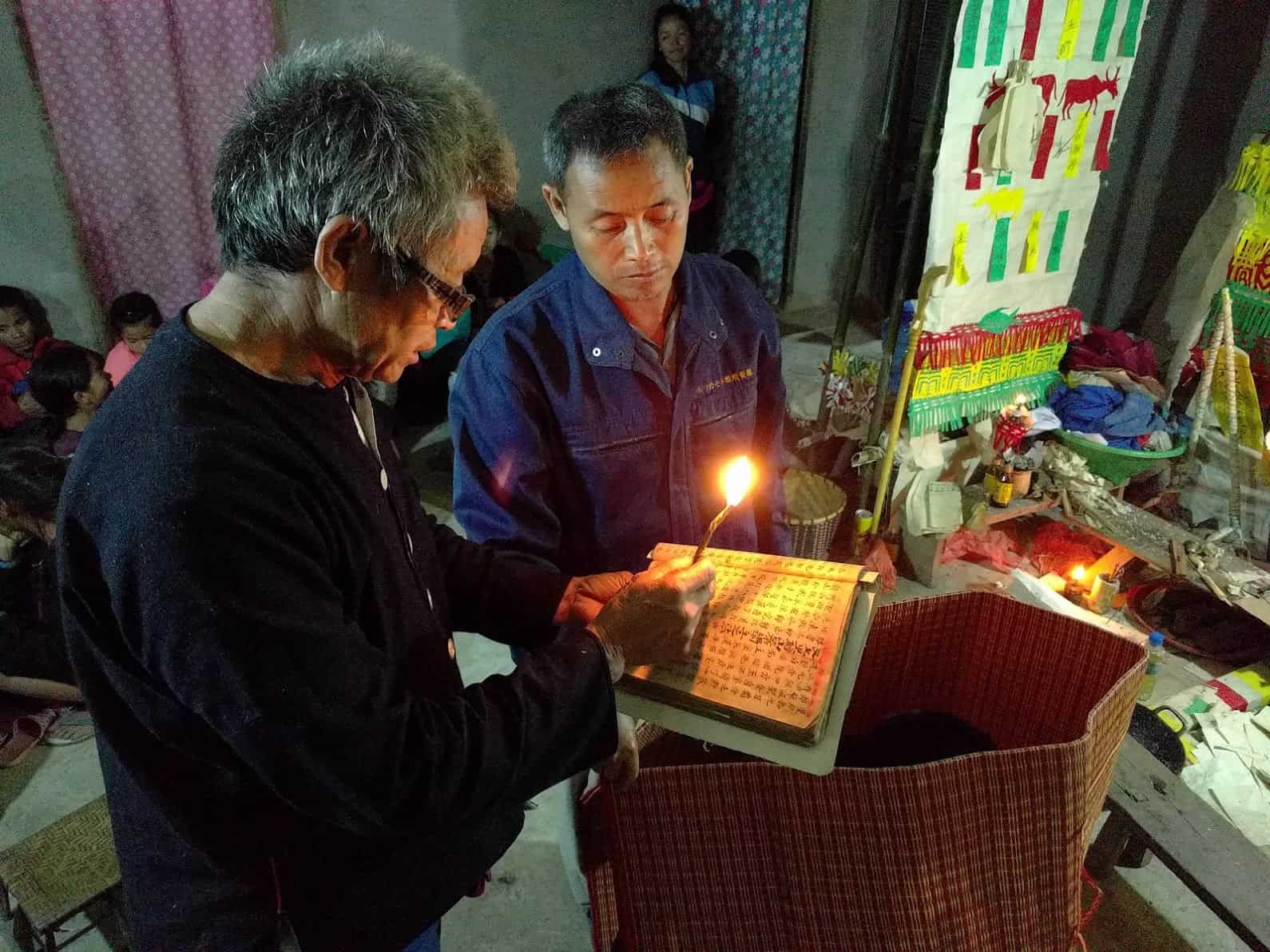 The Yao Dao Approach to the Lanten Manuscripts

The significance of the Lanten manuscripts in Laos among all the Yao manuscript collections in the world is unique in that it is part of an anthropological study of a living tradition consisting of the complete corpus of all texts used by all masters in all Lanten Yao villages in a well-delimited culture area.

The Lanten manuscripts are living ritual objects employed in ceremonies in modern-day Laos. We know which manuscripts are used by whom, in which rituals, and for which purpose. Each scanned manuscript can be identified with a specific owner/master in a specific village. We can identify which texts are widely disseminated among many masters and which ones are less so, and how masters borrow and copy manuscripts from each other. We have extensive ethnographic data on the rituals in which the texts are used, and how the texts are integrated into the ritual performances. We have detailed interviews of the ritual masters explaining the meaning and uses of the texts. We are in regular contact with them and can easily conduct follow-up interviews in person or online, in order to obtain additional interpretations or precisions. In other words, we have virtually complete documentation of the “manuscript culture” of a Lanten Yao community of villages.

The Laos Lanten collection is the only collection of Yao texts that represents an entire corpus of a single regional tradition, and that can be situated within the context of its actual usage in a living tradition. 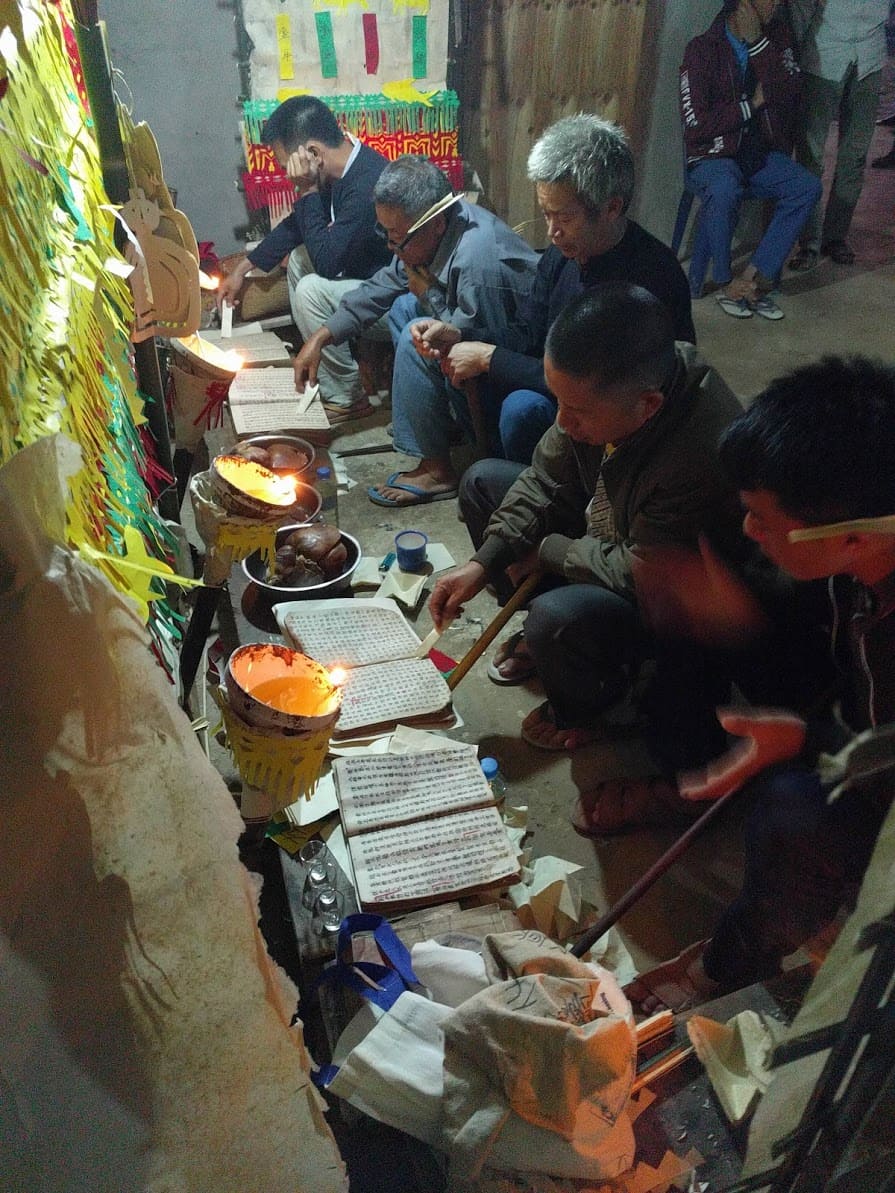 The Yao Dao combines a multidisciplinary approach to the Lanten manuscripts as living corpus in ritual use. As such, we study their contents, their role as ritual objects in the Lanten ritual system, and their use in the ritual actions, together with the contextualisation of the contents within Daoism and Chinese religion and ritual.

But this is only the start: The Yao Dao holistic approach has a focus on interconnecting the study and analysis of the ritual performance with those of the oral and textual knowledge employed in those same ritual actions. Each ceremony constitutes a case of study and after completing Laos, we plan to carry out the same endeavor in China and Vietnam to enable comparison between Lanten Yao communities and their oral and textual knowledge and rituals in these three countries. 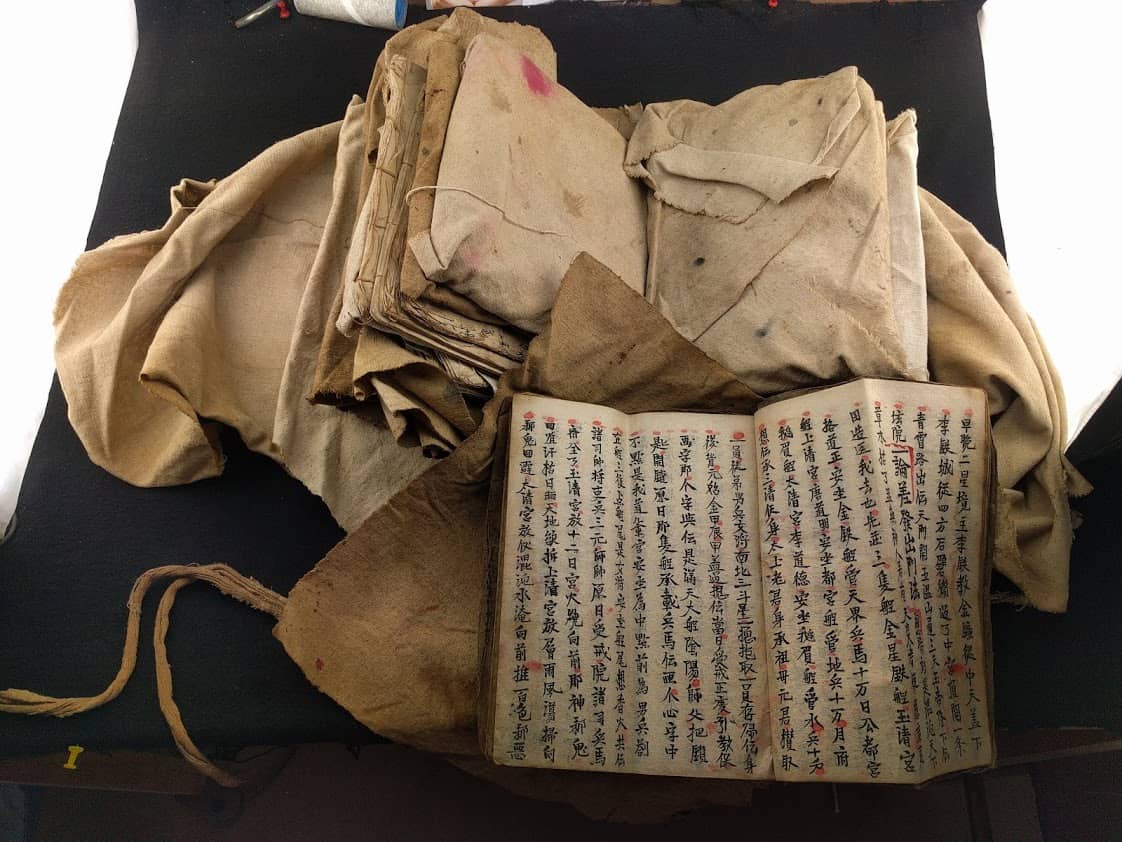 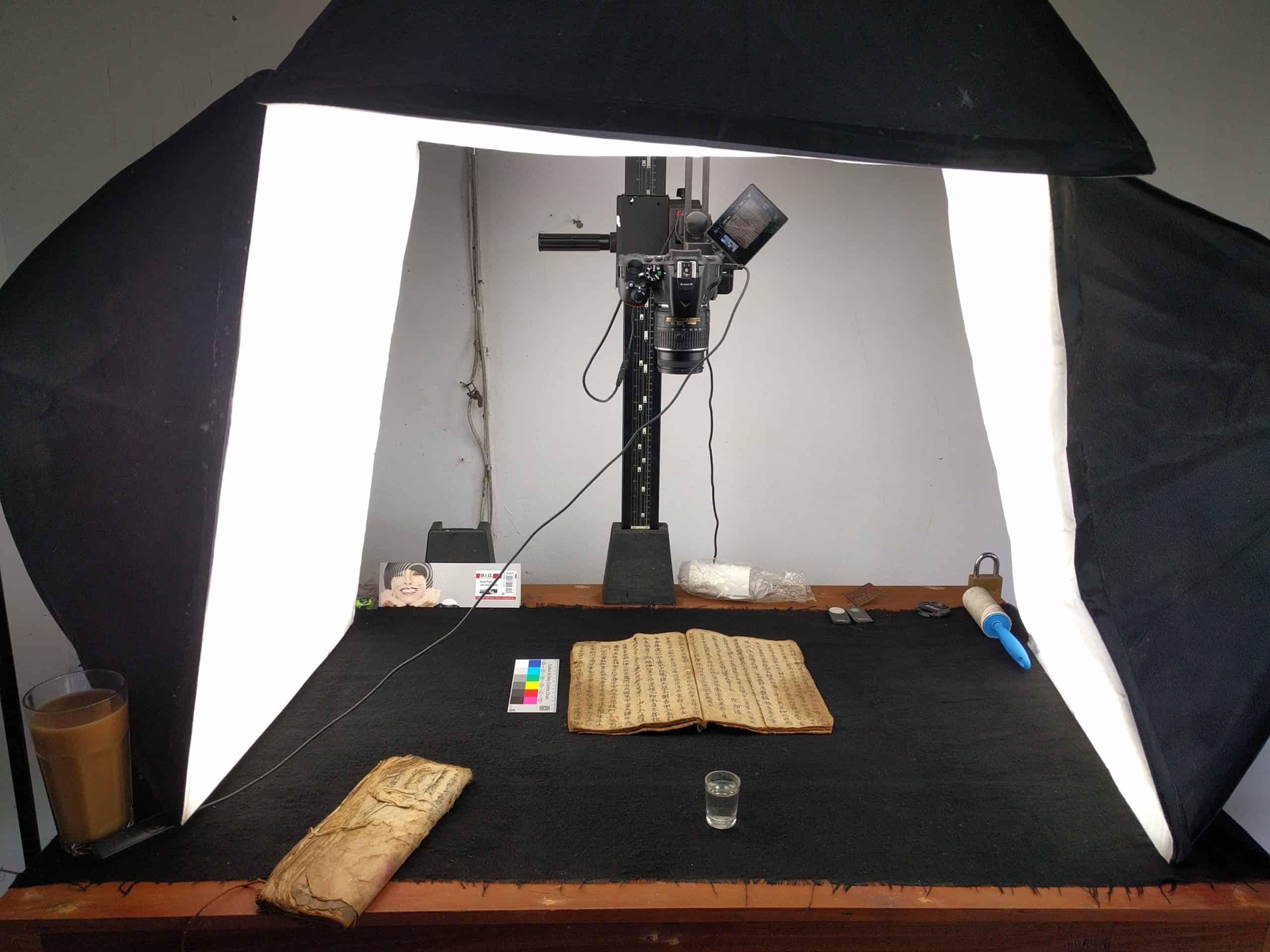 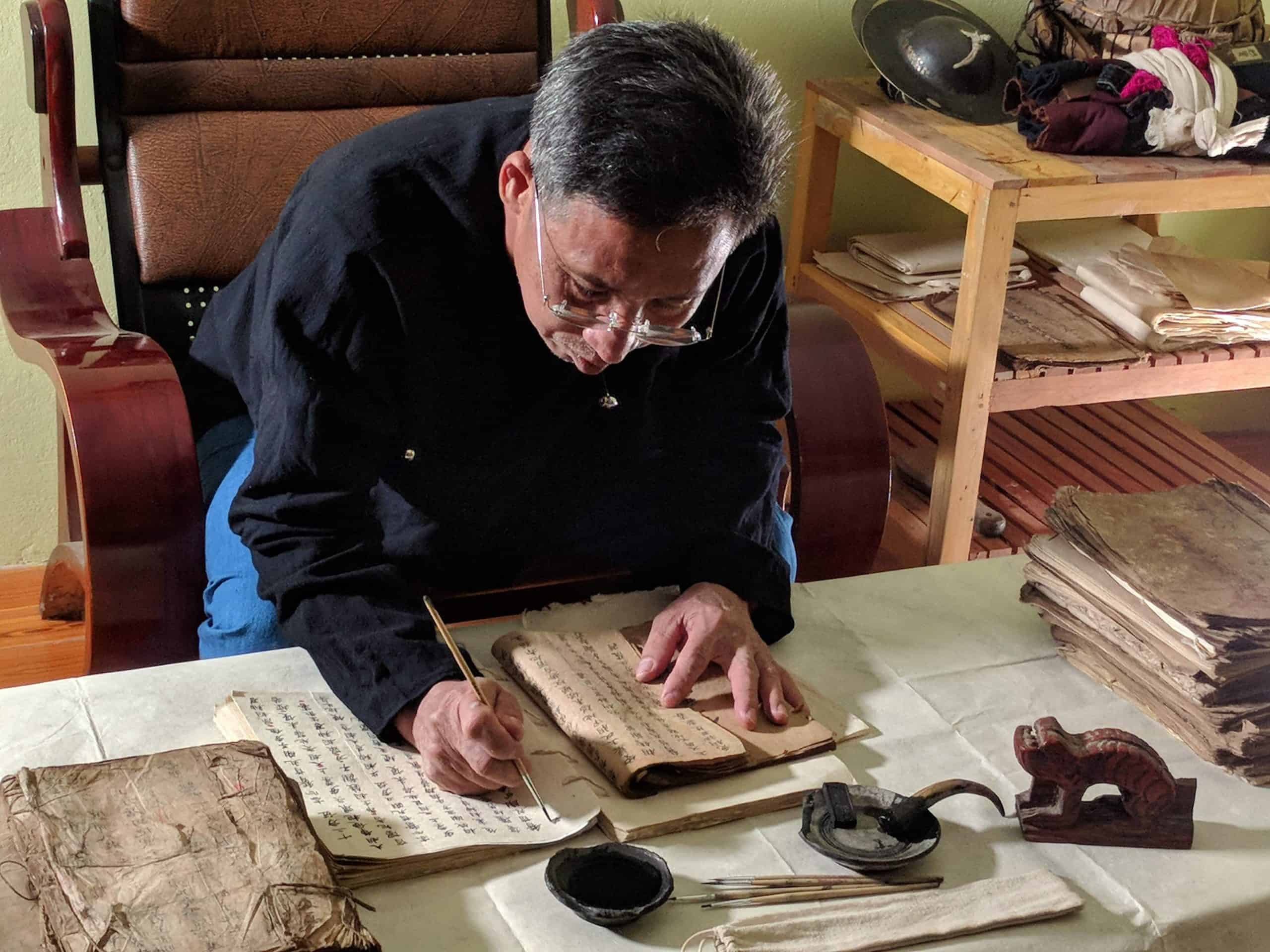 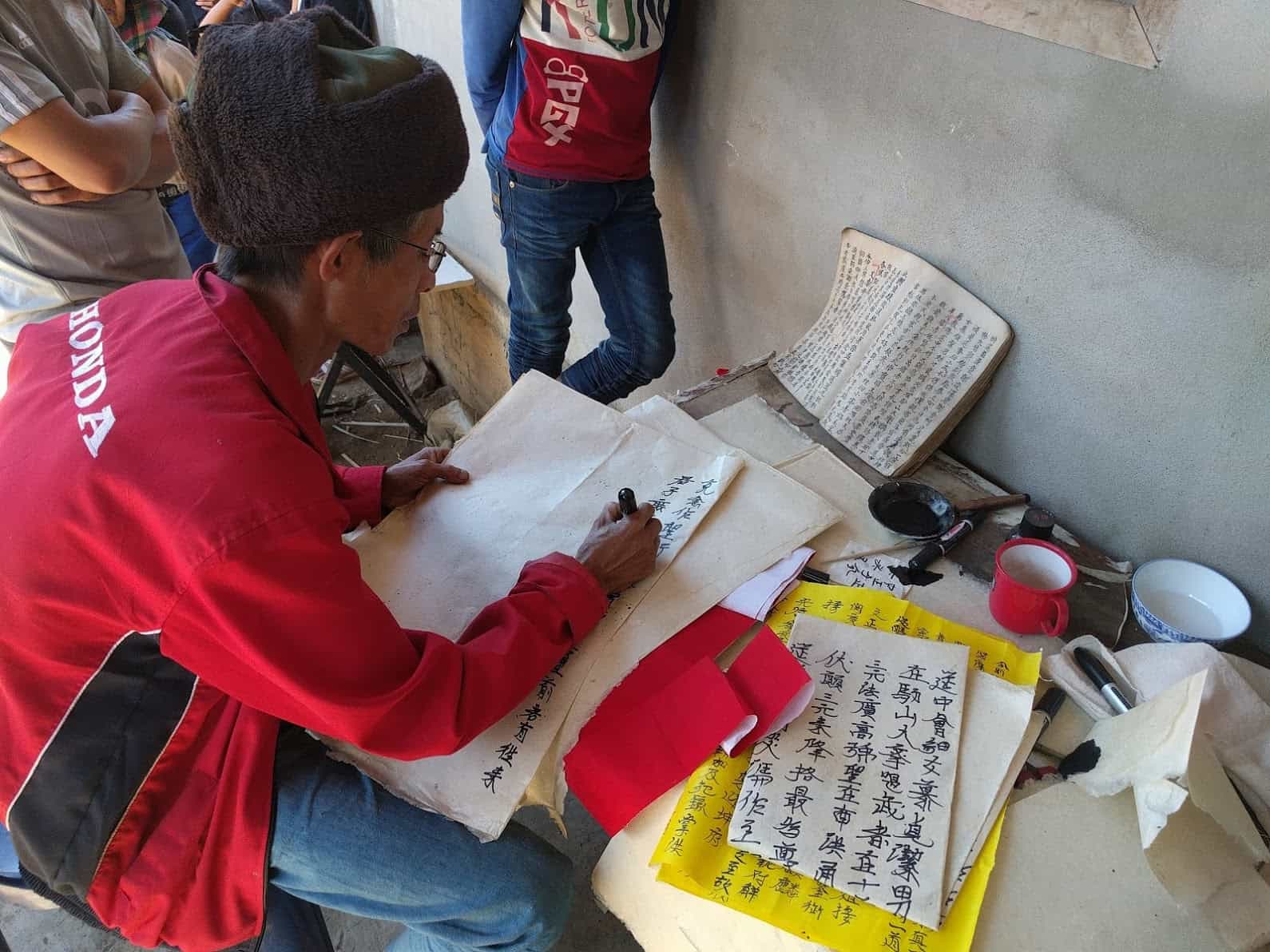