As part of the Yao Dao Project’s approach to the study of the Lanten ritual system, our team has conducted audio-visual documentation with a focus on the manuscripts in use in manifold Lanten ceremonies.  So far, various short films have been produced for internal use and teaching.

In this section, we are glad to introduce our two major outcomes so far: The 29′  documentary “The Lanten” (see trailer below) about a Lanten community in Luang Nam Tha and the two projects that the Yao Dao Project has carried out in Laos, and the 49′  “The Lanten of Laos”, an ethnographic film that portraits the modern-day Laotian Lanten society and its unique and rich culture and heritage.

The success of the various endeavours to preserve, research, and promote the Lanten endangered heritage (namely manuscripts and oral stories) resulted in an invitation from Leo Faber, ambassador of the European Union Delegation to Laos to film these two documentaries as a case of the fruitful and effective cooperation between academic institutions, the Lao government, the Lanten community, and the stakeholders and donors supporting the projects.

In April 2018, representatives of the European Union and Australian embassies, BEQUAL Laos, the Lao Department of Foreign Affairs and Trade (DFAT), the Lao Ministry of Education and Sports (MoES) and the Lao Ministry of Information, Culture, and Tourism (MoICT), visited the Lanten community in Nam Dee Village, Luang Namtha, northern Laos. These distinguished guests were introduced to both the Lanten society and the projects to preserve the Lanten oral and textual heritage. Joseba Estevez accompanied by the chairs and team of the National Library, his local Lanten team, and various Lanten elders as representatives of the community and cultural consultants hosted this meeting. This unprecedented opportunity served well to present and discuss the challenges that the Lanten society is facing today together with the Yao Dao projects and the ongoing research.

This first information meeting in Nam Dee Village was followed by many others in Vientiane capital. The Lanten community gained visibility and their problems became public concerns. Several meetings with different divisions of the Lao government and the donors and stakeholders of the projects served to define the common interests, the particular format, and the details for the documentaries.

During this period, the team in Laos had the chance to meet Peter Livermore in Luang Namtha. Peter is a prolific and talented English filmmaker who had been working in Laos for more than twenty years; he was filming at that time another documentary for BEQUAL-Laos. Joseba and Peter had the chance to discuss their views and approach to ethnographic filming and a potential collaboration. Their meeting resulted in the selection of Peter Livermore and his company Creative Seven Arts – Seven Orients to film the two documentaries in Luang Namtha, northern Laos, produced in collaboration with Joseba Estevez and the technical know-how of BEQUAL-Laos, and supported by the European Union Delegation to Laos under the aegis of the Lao Ministry of Information, Culture, and Tourism, the Lao Ministry of Education and Sports, and the Lao Department of Foreign Affairs and Trade. The complexity of the production given the high profile of all the involved parties required over a year of arrangements.

The first documentary (29’) introduces the Lanten and the two main projects aimed at preserving the highly endangered Lanten oral and textual heritage. The second documentary (49’) conveys an ethnographic portrait of the Lanten society in Laos.

Once the Lao government (MOES, MICT, DAFT) greenlighted the project and its schedule, the crew, teams, and representatives of all the involved parties gathered in Luang Namtha in Feb 2019 to meet the Provincial and District counterparts. After almost one year of preparations, the production started with two main filming locations: Nam Dee Village in Luang Nam Tha, and Vientiane capital (EU embassy, NLL, and Clay House Studios).

The entire community in Nam Dee Village was eagerly involved in the filming. The village was revamped and cleaned to welcome the guests.  Locations, talented artisans, and ritual experts willing to appear on camera were approached. All the people who appear in the documentaries are not actors but common people. Nam Dee village had welcomed electricity and water supply only one decade ago, so everybody was very excited with the spectacular technical display, especially the children who got fascinated by the drones employed by the crew.

For a week, working day and night, the interviews and filming in Luang Namtha advanced smoothly. Peter Livermore and his crew worked with three main cameras at the same time. Their way of filming is very organic, leaving the action and the people to tell their own story. The production was carefully curated to maximize the time for filming.

The first documentary captured the work of the teams in Laos, the active and warm involvement of the Lao government, the support of the institutions and partners, and most importantly, the engagement of the Lanten community who had a great chance to express their concerns and hopes.

Following a yin and yang narrative, the documentary presents the voices of the Lanten women and men, their daily life, the challenges that they are facing today, and how the Yao Dao projects provide stewardship and support in the digitalisation and transmission to the younger generations of the Lanten cultural heritage.

The second documentary is more ethnographic and its focus is solely on the Laotian Lanten society and its unique culture. 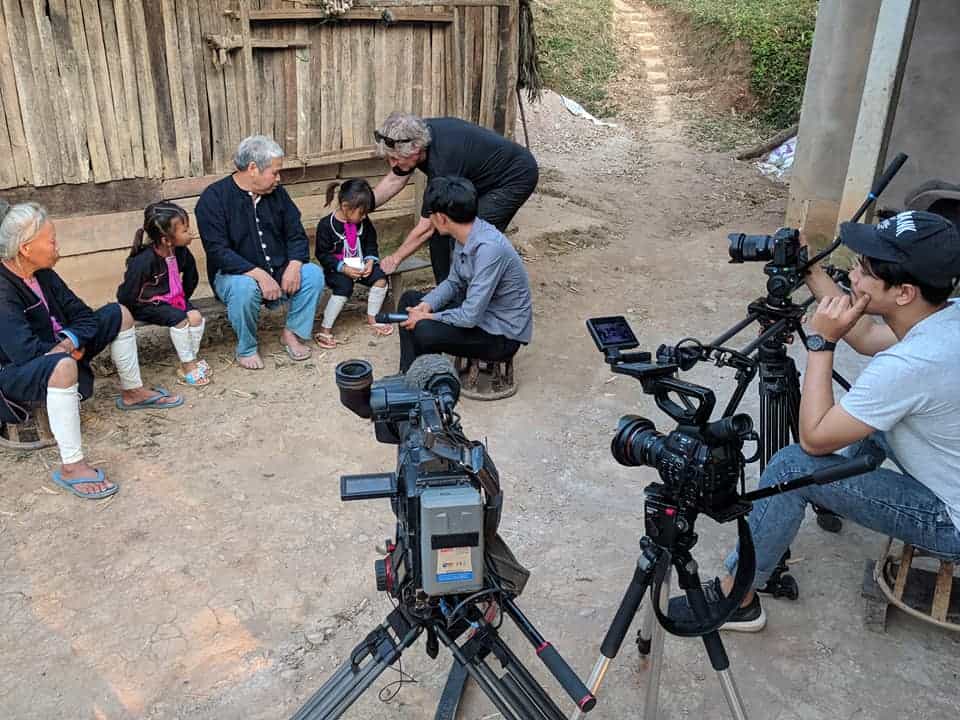 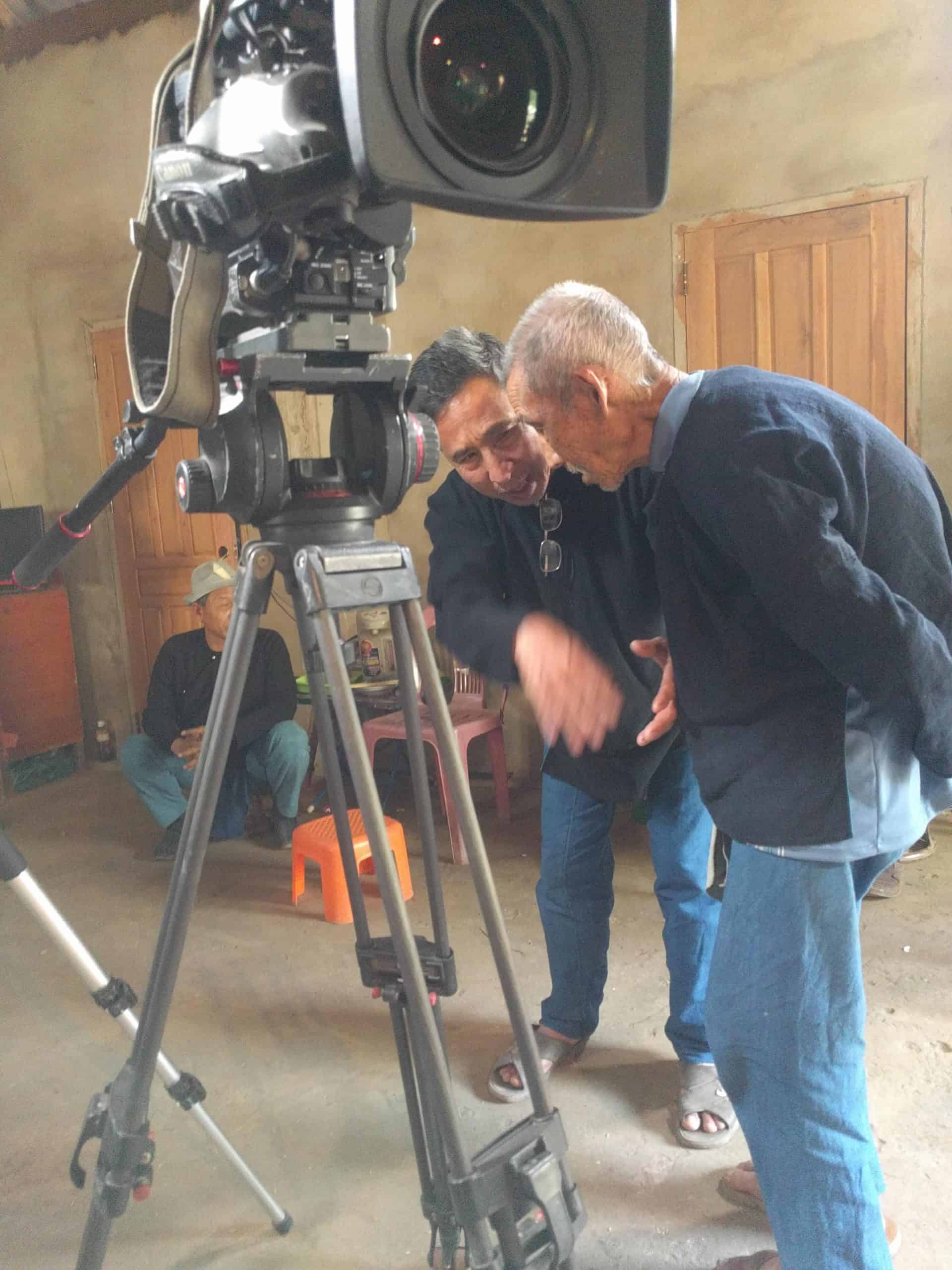 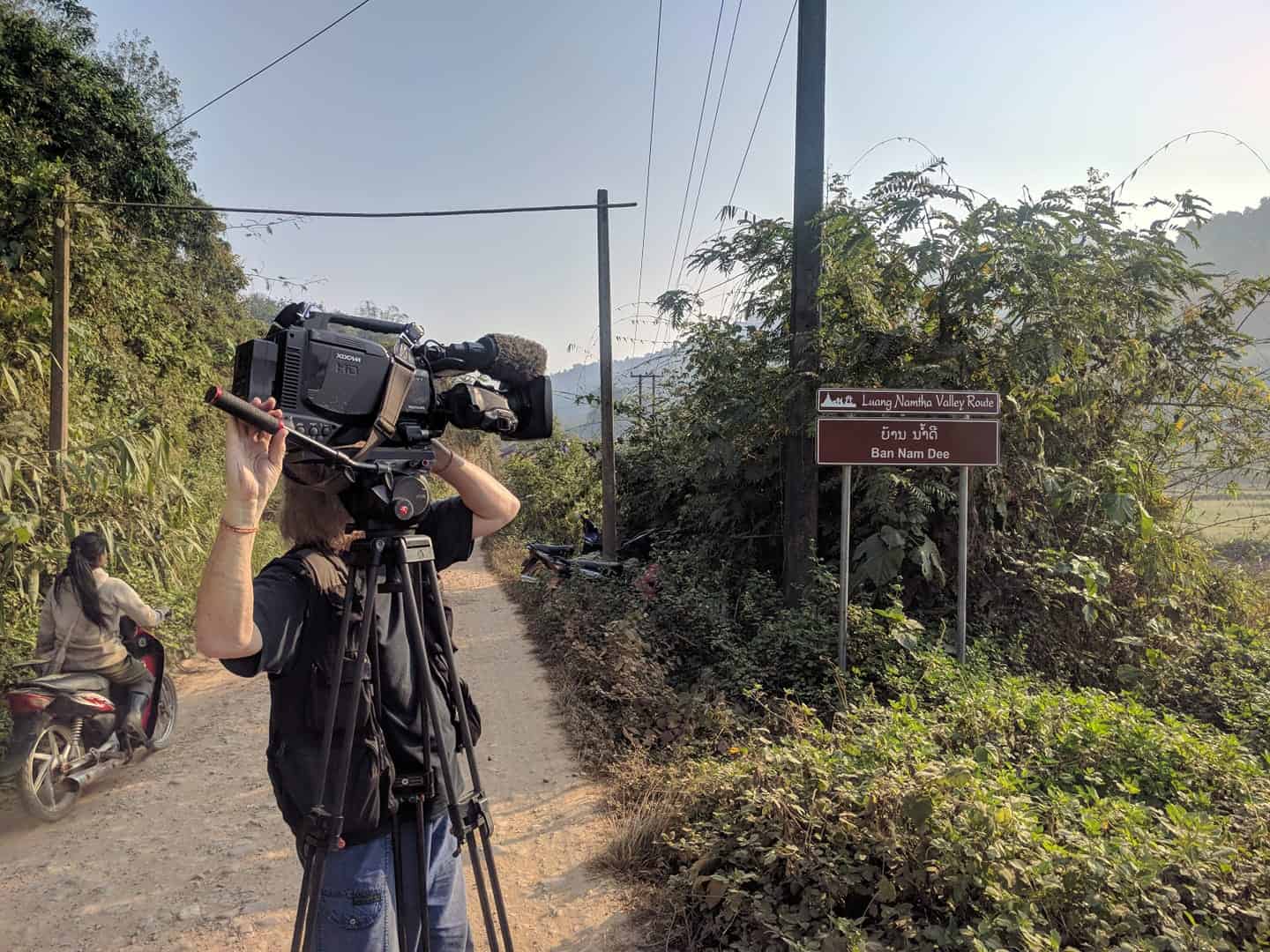 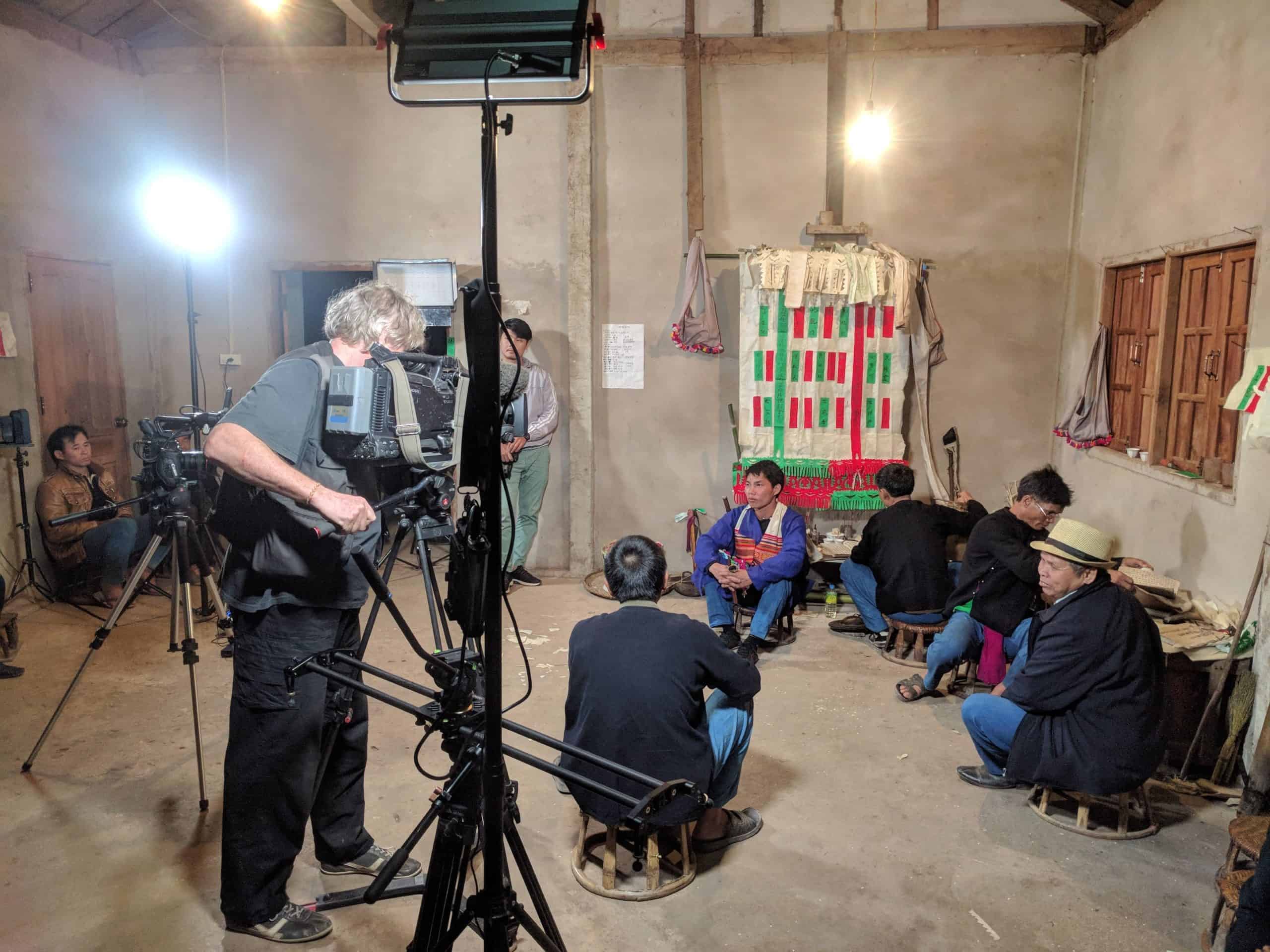 The Outcomes of the Documentaries

The 29′ long film “The Lanten” opened the European Film and Food Festival organised by the European Union Delegation to Laos on 29-30 November 2019. See the images and short video on the festival below.

The outdoor cinema brought to the capital of Laos the everyday life and challenges of a small Lanten community in the far north of the country. The film was warmly welcomed by the audience, as it showcases the challenges and uncertainty shared by many communities in Laos and neighbouring countries.

The loop of this film is being closed in March 2021 as the new EU ambassador to Laos is preparing her visit to Nam Dee Village, to screen the film “The Lanten” to the same community that made it possible.

The same visit will provide plenty of opportunities to complete the ethnographic film, which will be ready by the end of 2021. The Yao Dao team will screen this film in various conferences and academic gatherings. As soon as both versions are officially screened, they will be made available to the public here and on their dedicated website.